BizPH Team in a nutshell: Relating my teammates to 7 Hero characters in My Hero Academia

Whether you are an employee under the same organization (Bizwind) or just a curious reader passing by, you might be going to waste your time and gain nothing after reading this blog. But it won’t hurt giving this frustrated author a chance of introducing the amazing team that I was working with. By the way, BizPH stands for Bizwind Philippines it pertains to an offshore team of Bizwind.

And out of nowhere, I thought of incorporating them (my teammates) to an anime characters that will best fit their personalities. If you are not familiar with the anime “My Hero Academia”, you might not relate to what I am saying but you could watch the first season of the anime. Then come back and read my blog again. That would make things easier for you ~(˘▾˘~).

As AllMight always says, “Plus Ultra!”, it means doing more than what is needed to be done. More than just being an ordinary workmates adding an extra kinship improves our team chemistry in spite of our personality diversity. It’s like having multiple heroes with different kind of quirk (powers) but united by a common goal of fighting evil villains (am I making any sense here?). Going back to my point, you cannot bring the company to a success by yourself, else if you’re AlMight that can change the weather with a single punch. But you’re not, so you need a team.

And here is a brief introduction of how I perceived my teammates using the characters from My Hero Academia as a reference. It doesn’t need to be related to the hero power but mainly about their personality comparison. 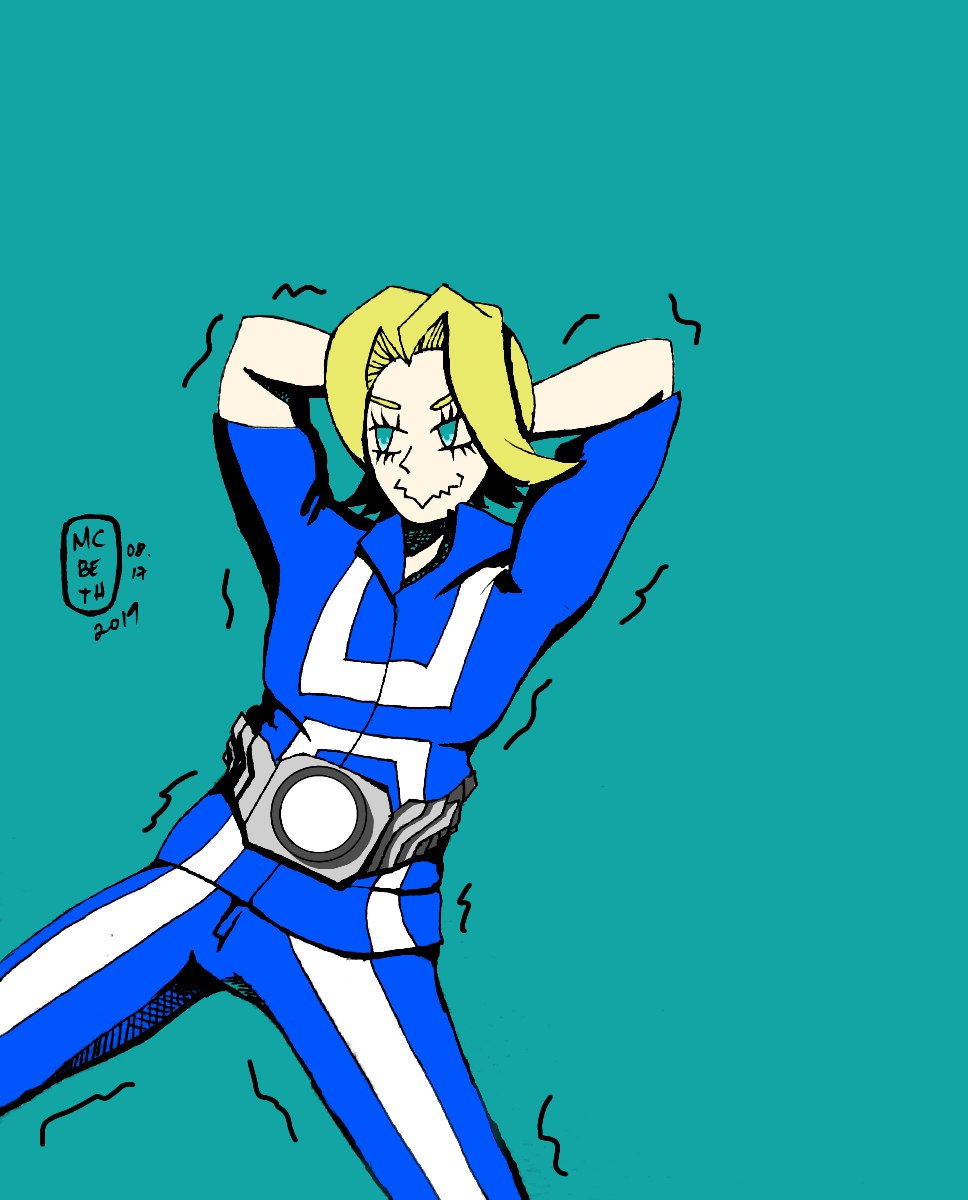 First of all, NO, he is not popular just because it’s Shining Hero. This hero’s power is Navel Laser. He shoots lasers out of his navel, of course. He tends to get the attention most of the time. Overflowing with confidence and pride, but still always gets ignored. The downside of his flashy power when overused is he might need a toilet break (to flush his rejected attention requests I guess). His power makes his stomach grumble everytime he shoots laser. Speaking of his weak stomach, his weakness is coffee. Yes, a morning coffee can be deadly for someone like him and sometimes might result in filing a sick leave.

He always tend to give out joke spontaneously. Sometimes we laugh at his jokes because it’s funny but most of the times just because of the sudden dead air that it causes. During project planning, morning meetings or even an ordinary conversation, him, being single since birth can set as an ice breaker for a topic crisis. 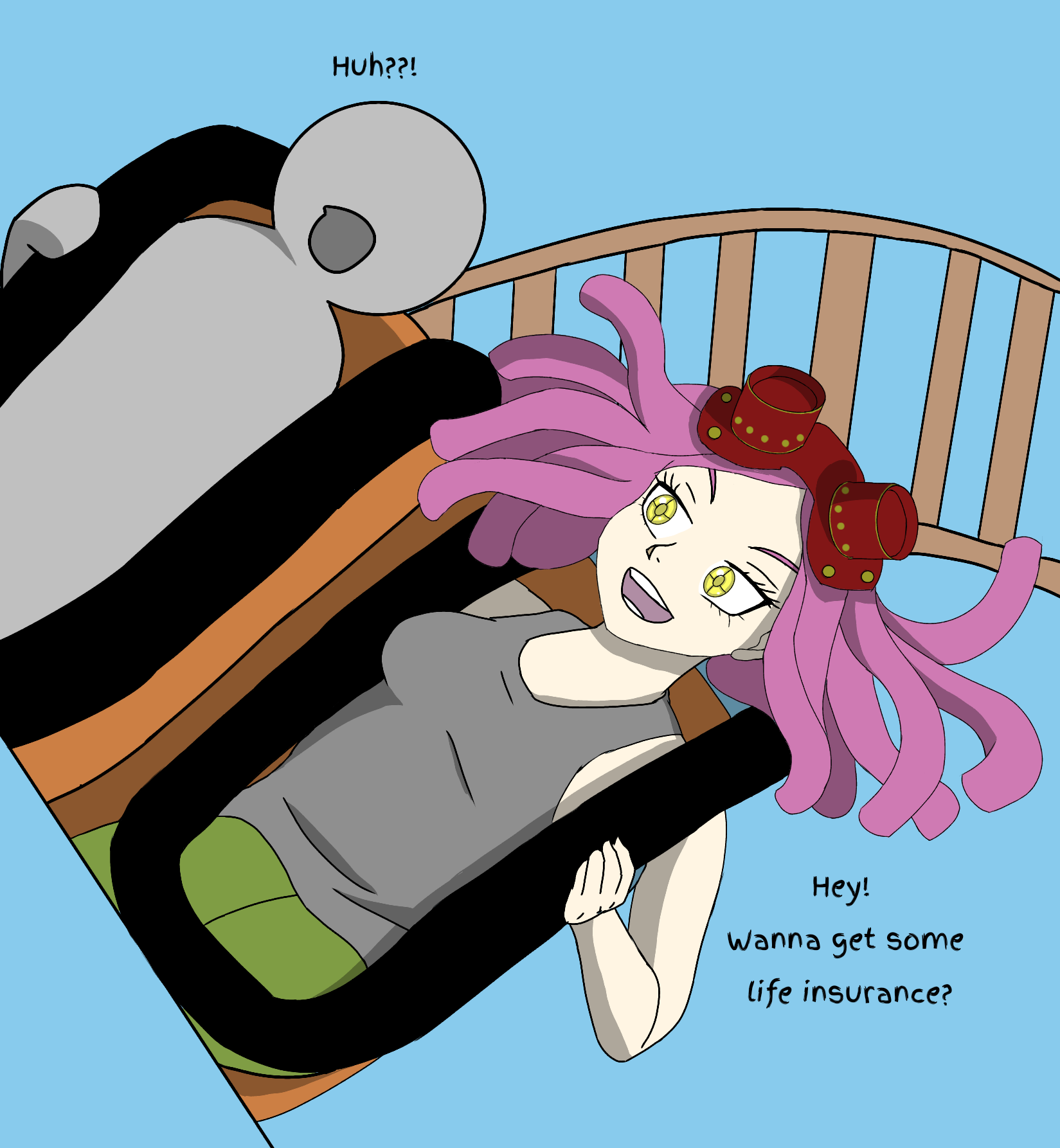 She is not actually a hero, but a hero support. She invents gadgets that can support heroes during battles. Her power is called Zoom. It’s an ability that allows her eyes to zoom into something at a distant. She is the perfect one to describe someone from my team. Because she is business minded. For her to sell her invention, she grabs every opportunity that will come her way. She have this certain skills that fortunately helps the team. For instance, by unconsciously keeping track of our monthly office food supply. She’ll have you know if you ate more cup noodles than you should have. If someone have missing time in or time out record in a specific date, she’ll remember it. Even your scheduled leaves that you haven’t planned yet, she can already predict it (Goosebumps! Maybe she can also see the future through her eyes).

She is so supportive that even if it’s not her birthday, she is more fervent than the celebrant. Above all else, she knows where to hunt potential clients even if it’s during a battle or just a team gathering. 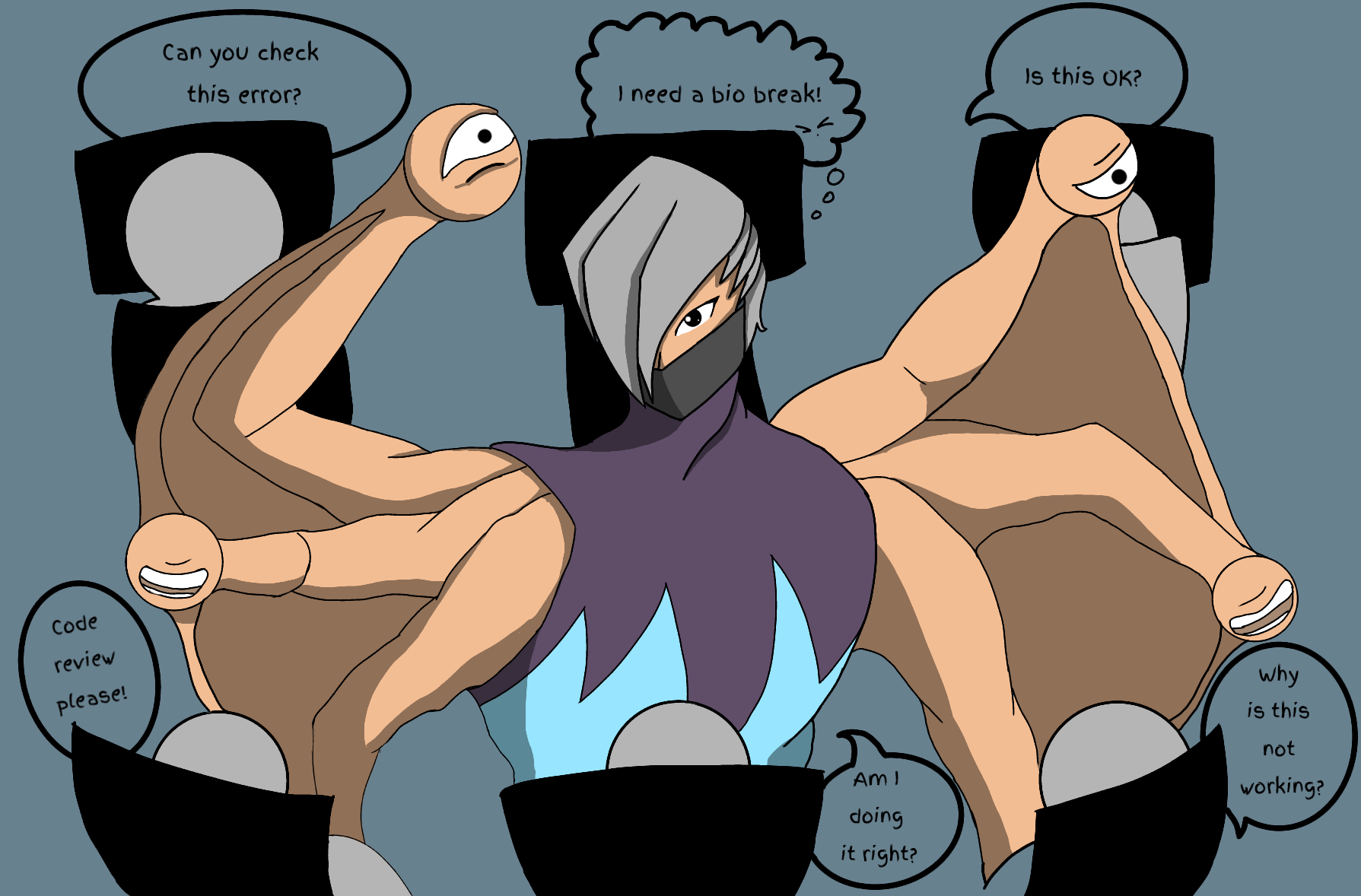 He is known to be selfless and a gentle person. His ability is called Dupil-Arms, having multiple arms. A perfect trait for someone who is handling multiple people in a team (because he has multiple arms he can multitask). In spite of his excessive task to manage he’s still able to take care of the whole team. He'll make sure that you’ll be able to learn and experience new things while working. So if you tell him you haven’t tasted some food ever since, prepare for a lunch out afterwards. Or if you haven’t tried some activity in the past, prepare for a team recreational activities on weekends.

Since he has some exceptional skills and a gentle personality he can be popular to women, though it was not yet proven. Shining Hero claimed that Tentacole managed to steal his thousands of followers in a certain social media. But I am not sure of Shining Hero’s credibility so I cannot confirm it. 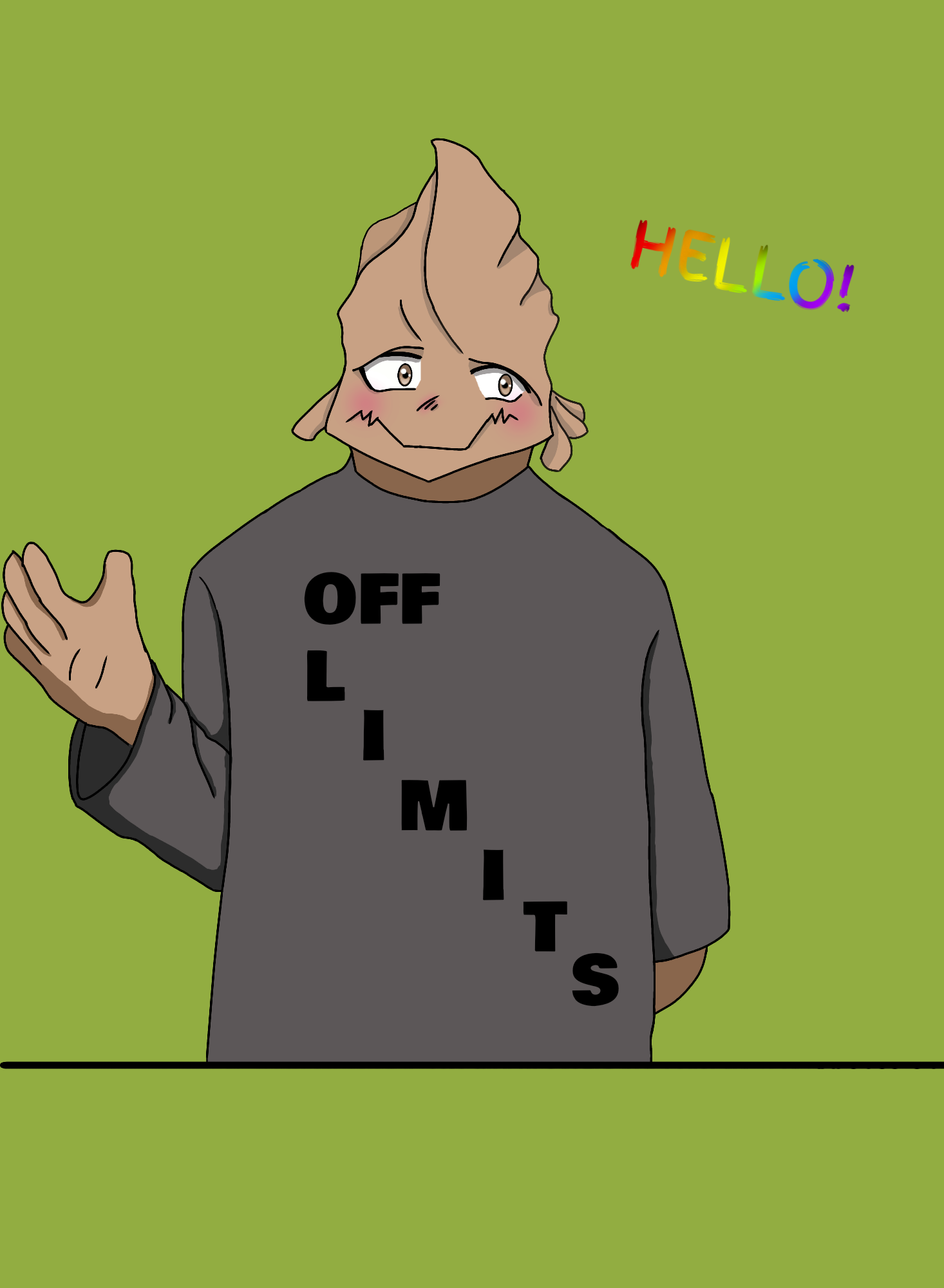 He has the ability to communicate with animals, called Anivoice. But he had a hard time having a conversation with his fellow humans. His response can be as short as Yes and No. But if he is comfortable talking to you, he can even show a bit of humour and can make you snap with just a few words. He actually can survive a long conversation if he is interested. His wardrobe might only contains shades of black and grey but he likes decorating his desktop with a rainbow texts. During discussions he tends to be quiet because he believes that contributing a word to the discussion may increase his workload. He’s a dandere. 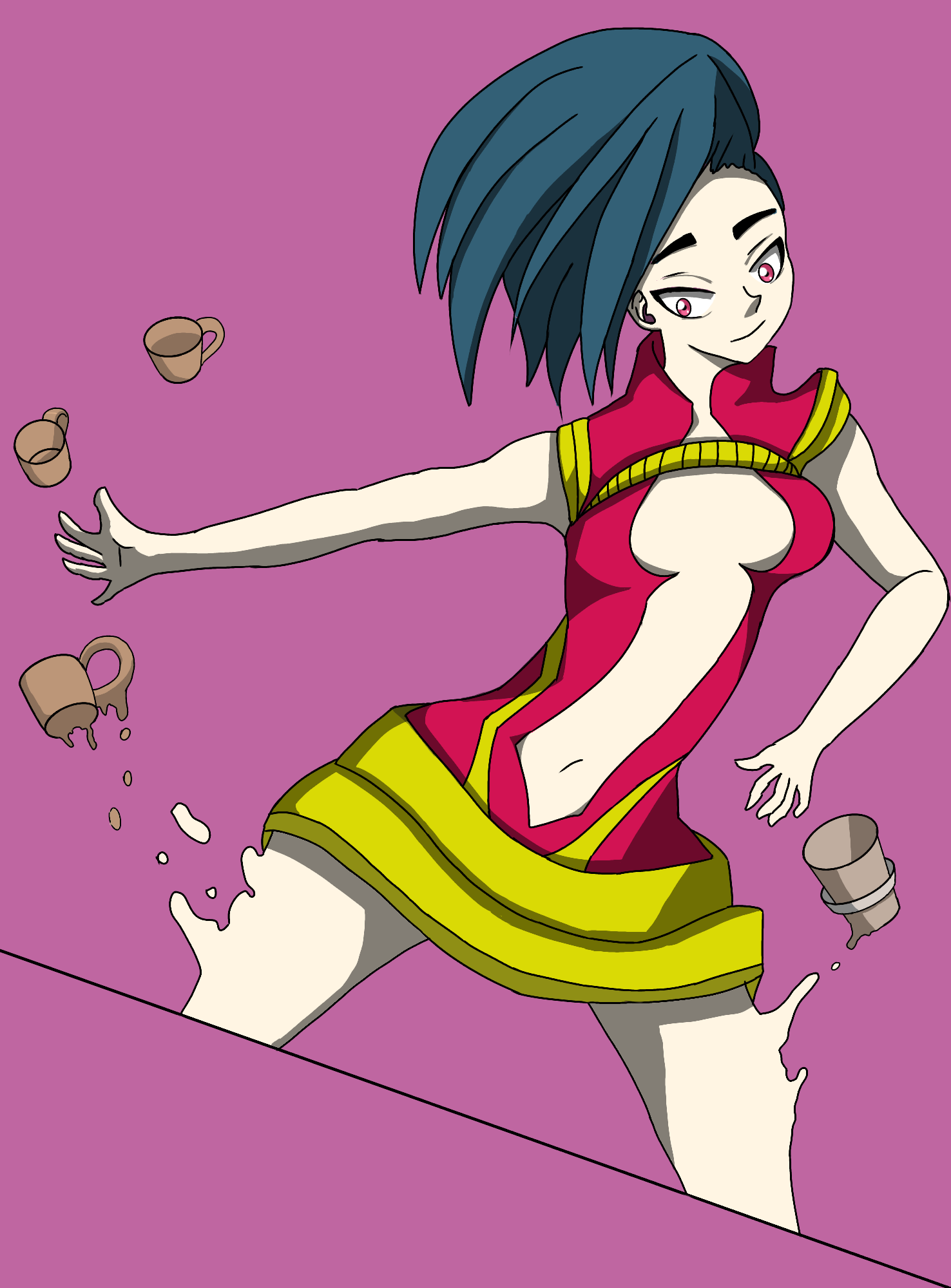 Her ability is called Creation and it allows her to create a non-living material from her exposed skin. She is a smart and calm person. Very calm that I haven’t seen her angry even once. She is also an honest person that sometimes it’s hard to make her lie. Her calmness makes her good at decision making. That’s why she is the one to order food when we eat outside.

During meetings, if ever we lose track of the agenda because of certain someone talking about unrelated things she is the one to put it back to the original topic. She also bring things that we need or might need in the office astonishingly. I was actually worried that she might end up broke if she continue bringing her personal things to office. Though sometimes I have the urge to ask her something that would be useful at home. 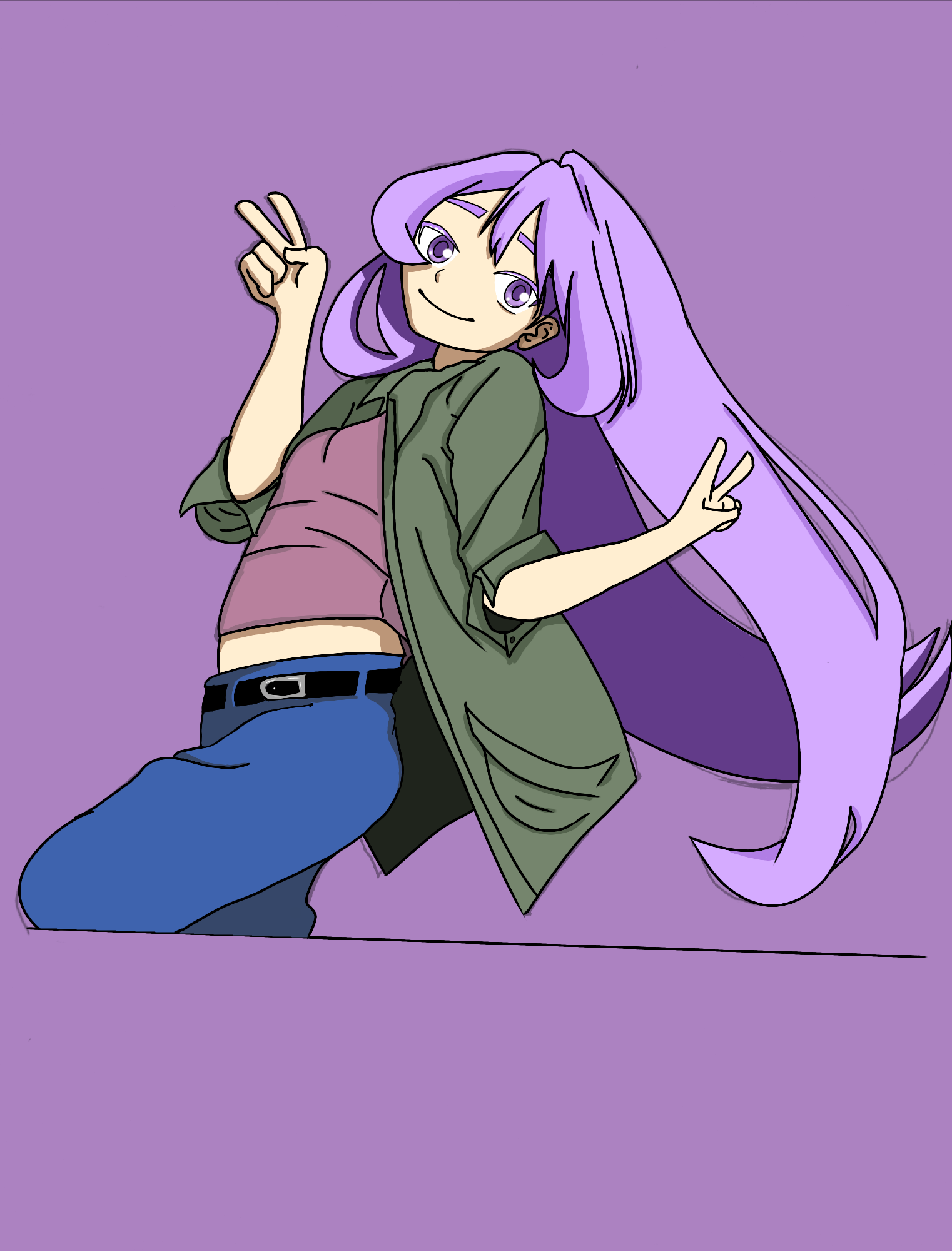 Wave Hero is actually something that I just made, her hero name was only Nejire-chan. Her power is called Wave Motion that enables her to release shockwaves. Should it be Shockwave Hero instead? Anyway, she was described as a very kind, talkative and curious girl. She has a passion for learning new and strange things. She may look like the serious type but she has humour too. She has this habit of sending pictures of bizarre things to the group chat and you might be perplexed on how to react, since it’s contrary to what she’s like in person. Petting Hero always had a hard time talking yet Nejire-chan can actually understand without him saying anything. She’s Petting Hero’s interpreter actually. Maybe because she detect and decipher Petting Hero’s brain waves? I’m not sure but it’s a mystery how they can communicate with just a passive conversation. It can be convenient during team discussions, so we just need to wait for her to interpret Petting Hero’s opinions instead of pushing him to speak. 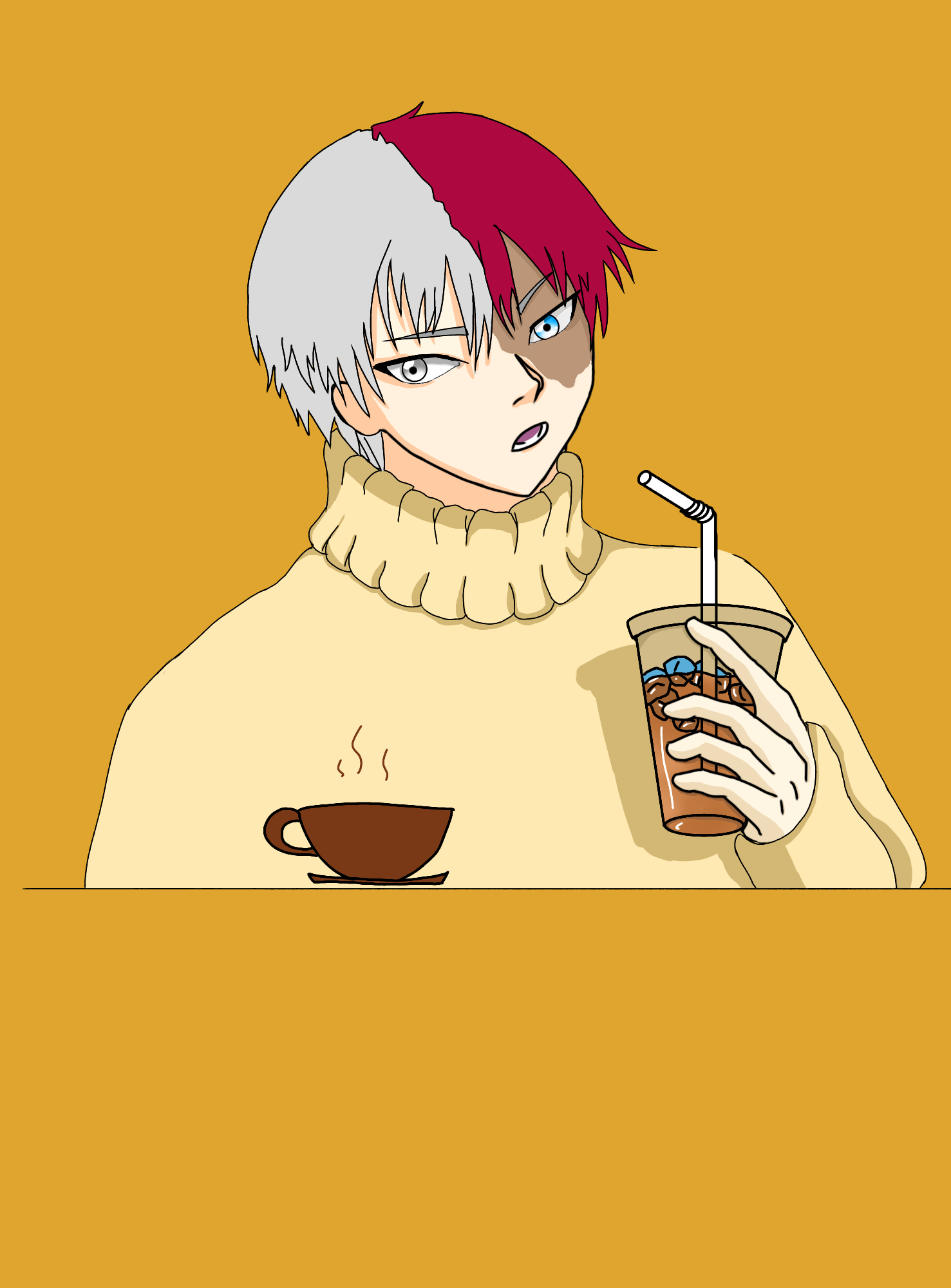 He might have the simplest hero name as simple as his real name, but his quirk is exceptional. He can create and manipulate ice on his right side while on the left side he can generate heat that allows him to shoot streams of fire. If Shining Hero can be defeated by a cup of coffee, Shoto on the other hand has a high tolerance of caffeine. You can see no sign of palpitation. He doesn't smile a lot but for whatever reason, Shining Hero’s nonsense jokes always make him laugh. For a talent show criteria, he’s the 10% audience impact for Shining Hero’s performance.
I also chose Shoto to describe this teammate of mine because I think he’s the ace of our team. Most of the undesired project that requires infinite patience and understanding, he successfully survived it. His logical skills are challenged through his first project assignments. Opportunely he manage to overcome it before completely falling into madness.

I'm sorry if this is unnecessary long and only contains irrelevant information, but maybe in the future this could be a good reference if you are planning to join our team （＠◇＠）.